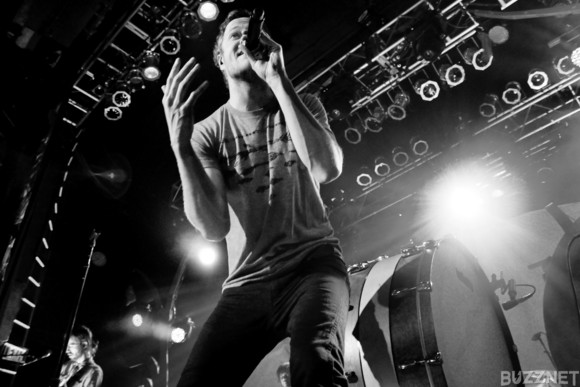 Yesterday was so magical. Not only did I get to see my favourite band of all time perform live in Germany, but I also got to take three friends with me to the show for FREE !!!

This was honestly one of the most unreal things that I could ever dream of happening while being here in Europe. Ever since I first heard Imagine Dragons’ song, “Demons,” back in Oct 2012, I instantly fell in love with their music. Over the past 1.5yrs I have come to know the words to every single song, including the ones before their Night Visions album was released! I was also lucky enough to meet them twice and get their autographs when they were in Edmonton back in March 2013, and again in May 2013. 🙂

When I arrived in Köln and found out they were having a concert here, I got extremely excited- there was no way I was going to miss it….. until I found out that it had already been sold out for several months! Every couple of days I would search the internet to see if there was anyone selling tickets, but unfortunately I was not able to find anything. It was actually really upsetting because this band means the world to me, and the fact that they would be in my city and I wouldn’t be able to see them made me feel pretty sad. There was no way I would be able to go…. and as I was feeling pretty down about it, I decided to email Imagine Dragons directly…. I mean, it was worth a shot, right? In my email I pretty much explained my situation, about how I had just moved here from Canada, and how I’ve been a long time fan of the band, etc… and I asked if there was any way the venue could release some last minute extra tickets for sale for the show. I honestly did not expect to hear anything back at all, because I literally sent this email one day before the concert, and I would assume that the band’s management would be way too busy to even notice my email.

Fast forward a couple hours later, and I see a RE: email in my inbox!! At first I was almost afraid to open it, because I had no idea what it was going to say. But when I did, my jaw dropped instantly. It was Imagine Dragons’ manager, Mac Reynolds, and he responded to my email and said that he would put my name on the Band’s guest list, and I could bring 3 friends!!! It seriously felt like I won the lottery! I could not even process what had just happened.

But yeah, after the initial shock wore off a bit, I invited three of my friends to the show- and we ended up having an absolutely unforgettable time. I didn’t think it was possible, but after this experience, I have become an even bigger fan of them. They are truly amazing, and the night of the show was honestly one of the top highlights of my year! ❤

Photos from the concert